Garbage Dump Gets a "Green" Makeover in Builders' Show Home 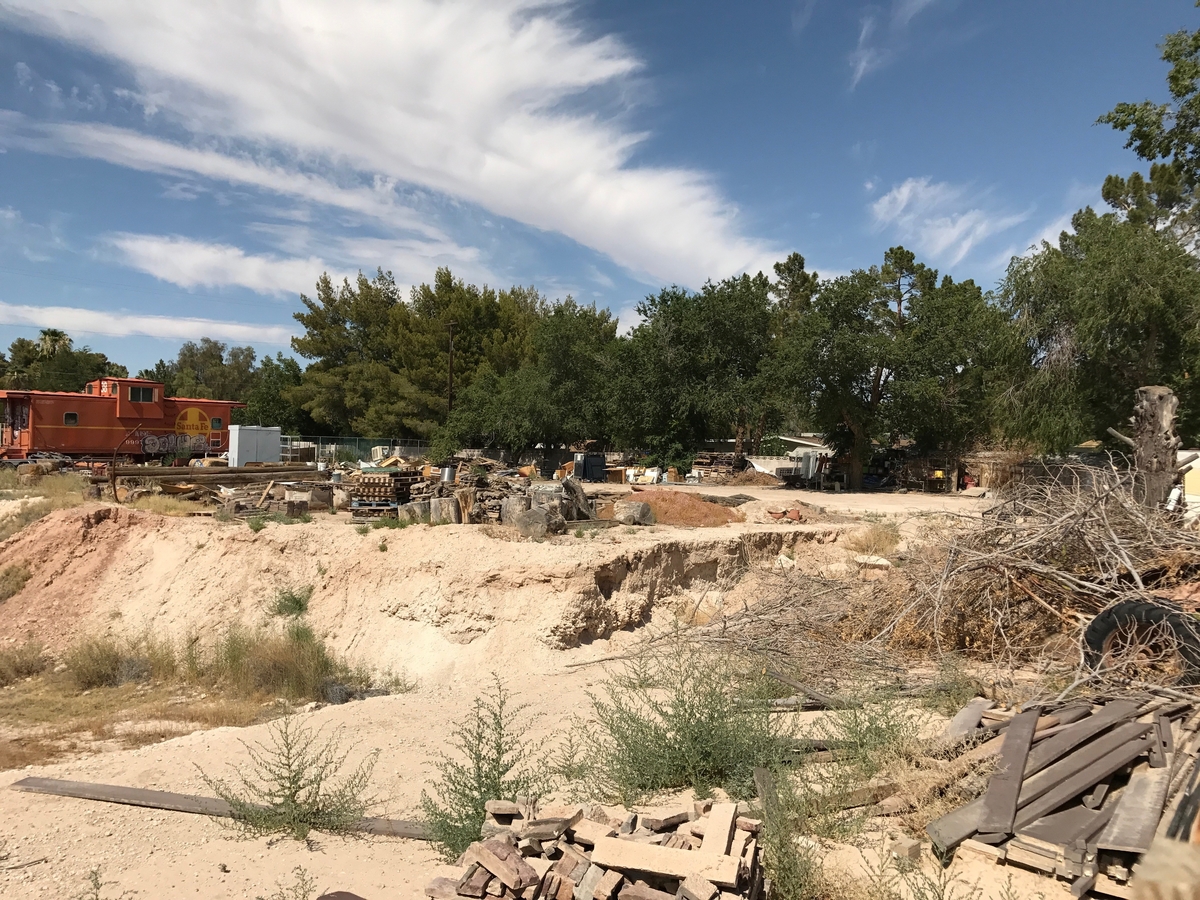 When thinking of Las Vegas, not many people will conjure thoughts of a lush, green orchard. And that’s exactly why Michael Gardner, principal of studio g ARCHITECTURE and owner of Luxus Design Build, builder of The New American Remodel 2019, decided to make a backyard orchard a key feature of next year’s show home.

“A lot of people think sustainability is all about technology, but really, that’s just one part of it,” Gardner said. By creating a landscape with a variety of flowers, citrus trees and an herb garden “we’re trying to bring in that whole other part of sustainable living into the project.”

However, the most unique aspect of the orchard isn’t where it’s located, but rather, how it was created:

The owner of the original home — a sprawling, 1950s ranch-style property in downtown Las Vegas — had carved out an enormous hole in the back yard measuring 60 feet wide, 100 feet long and 10 feet deep, with the intent of one day building additional recreation areas.

The owner’s plans never materialized, so over the course of 20 years, the hole eventually became a neighborhood dumping ground.

While most others would shy away from this seemingly daunting task of revitalizing the property, Gardner saw it as an incredible opportunity to create the urban orchard — especially with the property’s unique agricultural zoning designation.

With a little luck and a lot of ingenuity, the build team and its developers removed several tons of garbage and found enough dirt from a nearby project to fill in the massive hole.

Along with the orchard, Gardner says the project’s “true sustainability” will be enhanced with composting bins in which to create fertilizer and an indoor “urban cultivator refrigerator” in which to grow and store herbs.

“We hope this ‘net zero’ home, designed and being built to achieve the National Green Building Standards (NGBS)“Emerald” designation, will feel totally different than all other show homes,” Gardner said. “We’re blending West Coast design with farm-style living, and integrating a heavy use of organic materials and elements of nature to bring it all together.”

The New American Remodel 2019 will be officially unveiled during the International Builders’ Show Feb. 19-21. Show attendees will have the opportunity to tour the home and see for themselves countless innovations in building products and techniques.